Here I think I’m doing so much better at blogging, and then I look at my last post and realize that a month has nearly gone by. “Busy” has been the word, bird.

The school year ended. Big D graduated (my first one). It was almost surreal. I’ve been trying to pay attention to each moment, so that kept me from panicking too much. From, well, from slobbering all over myself. I’m such an emotionally-charged person. For years I’ve worked on stuffing my emotions down (probably some self-preservation, guarding). Sometimes I wonder who I am, this person who stands back rather than pushing forward, is nervous at times where I would be fully open and outgoing. I don’t like it. I’ve realized this. My self-preservation mode has brought me to a point where, at times, I’m simply no longer ME. Too often. So when he walked across that stage and grabbed his diploma, instead of blubbering to the ground in a heap of salty tears, I screamed out loud and smiled. I let the joy bubble over. What else is joy supposed to do? 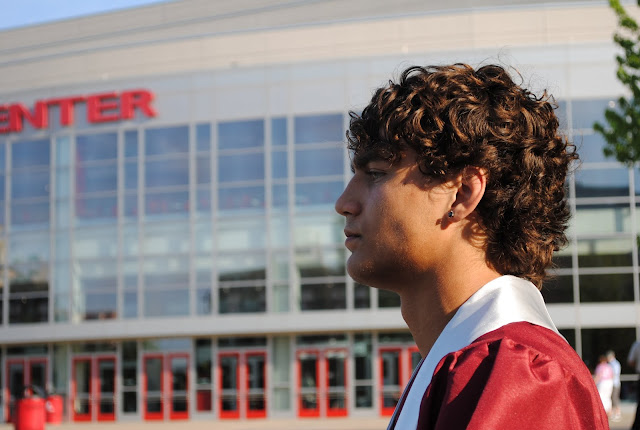 He who never smiles let some joy shine through, too: 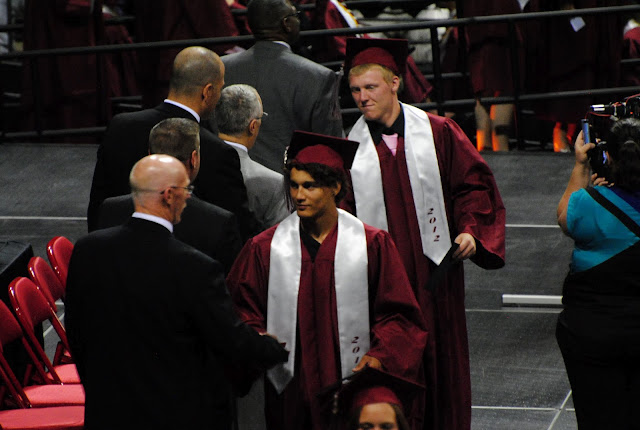 Jease. I started out wanting to share a yummy recipe these popsicles I made, and now I have to table that because I’m racing off in another direction. Once. Again. Oh well. Who pays the bills ’round here? Exactly.

I didn’t graduate, not like this. I was pregnant and married when my graduating classed walked across the stage. I suppose I could have continued in school, but I didn’t want to. I was truly ready to move on, excited to go to college more than I was wanting to go back to high-school. I finished up outside of school, and moved on. I missed the experience, though. For a few years I wondered if I should have gone back. It played on my mind a bit. But eventually the present times overrode that desire. I continued on to college instead and found satisfaction there. But still – I haven’t graduated college! It’s on my list of things to do. But I do want more for my kids. Doesn’t every parent? My oldest didn’t graduate, so this was my first experience with a child walking across the stage. It isn’t mandatory, but it is symbolic. The younger brothers got to experience it (they haven’t before). Frank and I got to (I never have). It is closure, but also an open door. Everyone went, from Sophia to the twins. We experienced the joy, the sadness, the nervousness, the excitement — together. 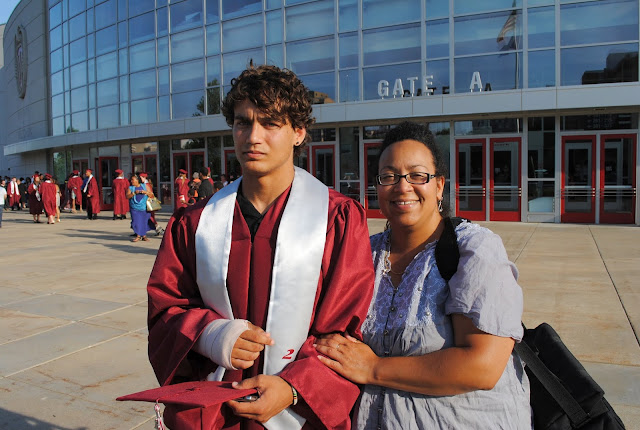