I found this knit hat pattern a while ago, and finally got to putting it to good use.  Modeling the hat is one of our younger piggies, Gris.  She tolerated the hat for a while, but it kept falling off.

Here is the pattern!

We had a nice Thanksgiving. Thanksgivings, I suppose I could say. With Frank and I being off, and the kids being off I hardly know my head from a hole in the ground. Eating, sleeping, merriment, a bit of shopping (in store and online)… it is quite enjoying. I can handle this. I also think I’m getting old, because I could be sleeping in, too (11am is a nice time to finally roll out of bed on a lazy day for me), but I’m waking up between 7-8am. I’ve been trying to lay around in the bed until 9am to at least grasp on to the feeling of being a teenager with the abandon of sleeping until my parents throw buckets of water on my face.

I’m up, showered and having coffee, load of laundry going… Frank’s vacuuming (getting ready to bring the tree up). Help us.

I was talking about Thanksgiving, though, wasn’t I? Ah yes. I don’t get a lot of pictures of my oldest child since she’s off “exploring her freedoms.” But this one was nice. Great-grandma was coming up to the door trying to navigate the stairs, and as Frank and Dante (and Carlito, sort of) helped her up the stairs and safely in the house, I asked Sophia to be on dog control. I took pictures of her misery. 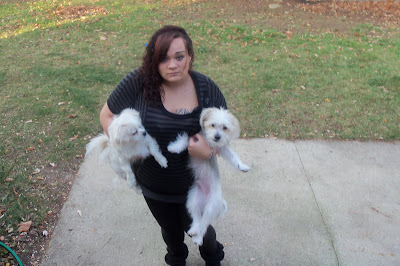 The dogs were, naturally, excited to be part of the festive day (our dog is in her left arm, pleased to have not been left home – the host’s dog is in her right arm), and happily humping and playing to their heart’s content. Being picked up and taken from their play didn’t make them so happy. 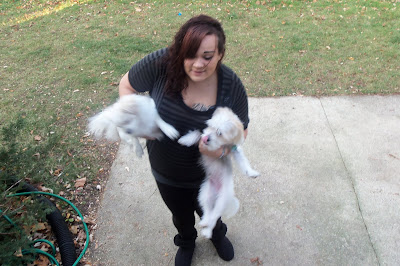 Shortly after I took this picture I had to take one of the dogs. Shortly after that I let it go. It was like a furry piggy, squirming and bucking (like in the picture).

I am happy to say, however, that with the abundance of children running around the house making noise, it was both inviting and valuable. Sophia announced earnestly, about 3 hours into our visit, that the evening was the BEST BIRTH CONTROL SHE’S EVER HAD. Being one of the last of her friends that hasn’t yet made their mother a grandmother,  I was OK with that proclamation.

This little guy knows exactly what to do on a sunny Monday in fall. 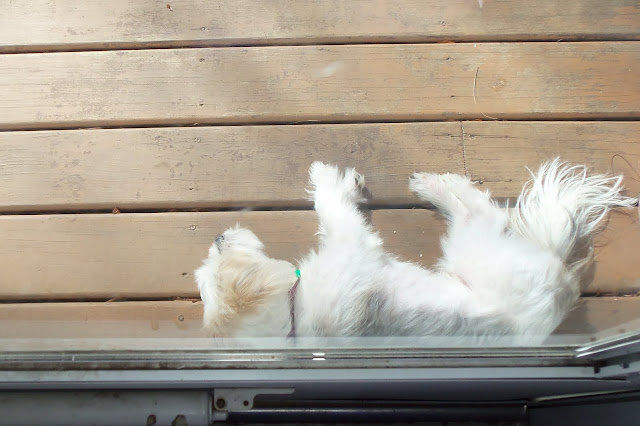 The extent of his energy output… 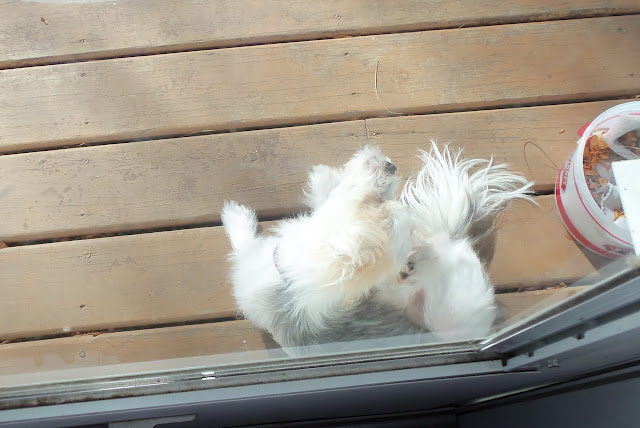 …and back to business. 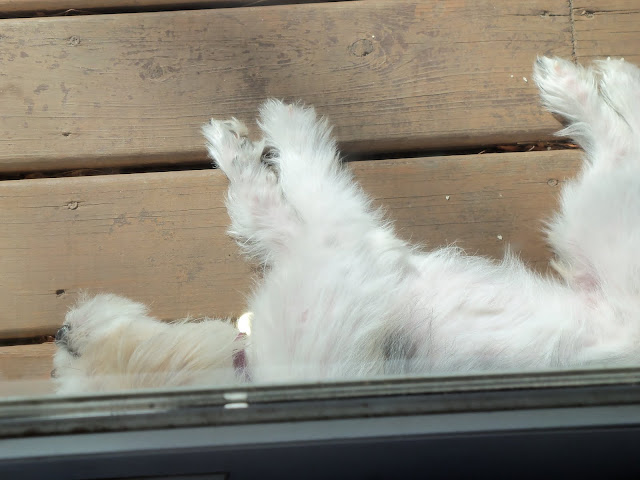 Oh how I wish I could join him. 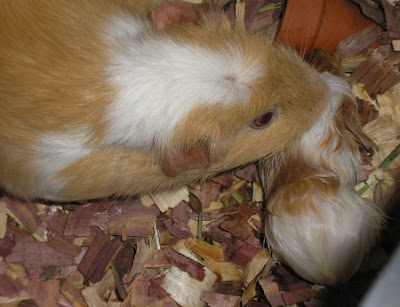 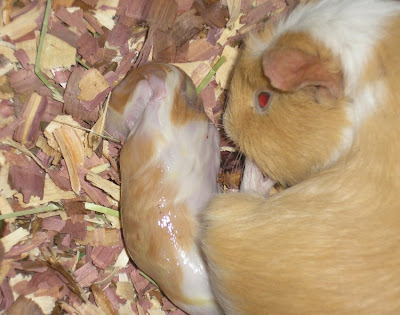 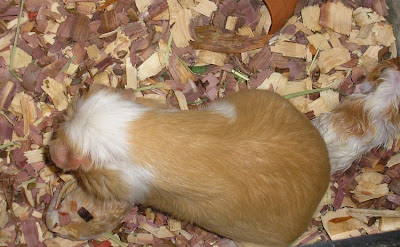 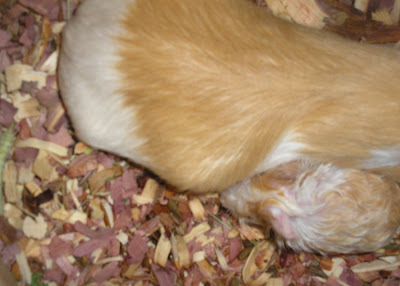 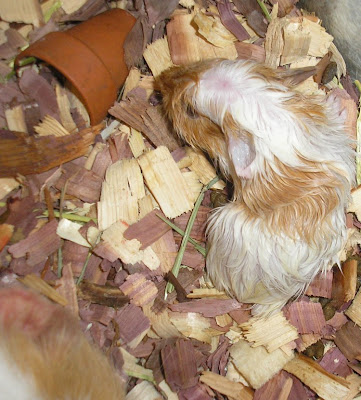 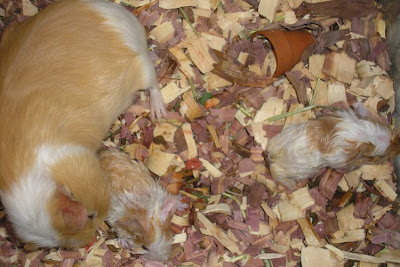 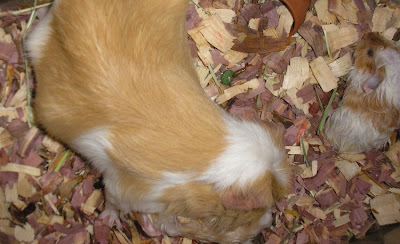 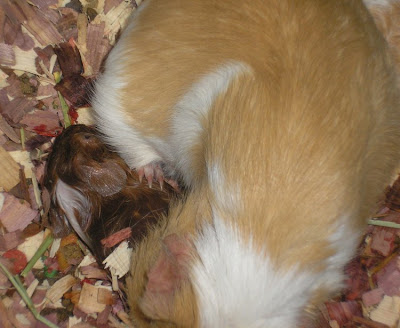 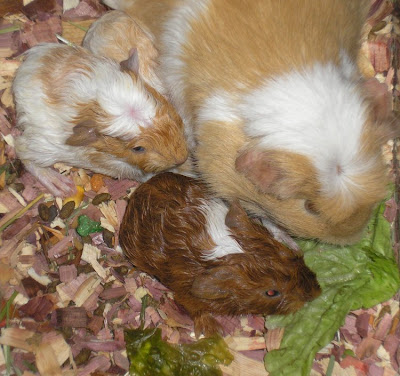 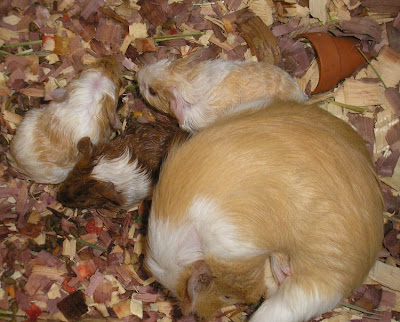 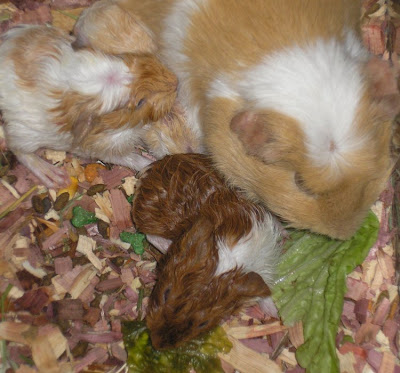 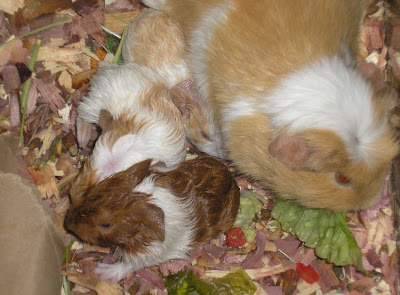 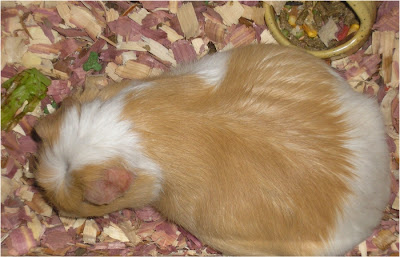 If my pets could rat me out… She doesn’t manhandle me too much, but talks to me a lot. Pets me when I sit on her lap. Fondles the bump between my ears. Leaves my tummy alone; I hate having it touched. She sings. A lot. Usually on key, but sometimes in weird voices, using strange words that I know aren’t her native language. Sometimes I join in. Sometimes it scares me, her singing like that.

We howl together. I throw back my head Woooooo-woooohhh. Good times.

She talks a lot, even when nobody’s there to talk with her. Her attempts at conversation intrigue me. But I’m a dog, why’s she think I’m gonna talk back?

I like ya, Nance. It sucks you don’t have comments, but somehow I’ll survive. Comments, shmomments. Speaking of, I’ve tried responding on two Blogger blogs today, but the comments didn’t go through so forget it, I gave up.

I’m feeling lazy, so I’ll do a meme of sorts.

THREE
1.) How many links to do you have on your blogroll/link page? Do you visit all of the sites on your blogroll?
Too many. Not going to count them, either. No, I don’t visit them all. Not anymore. I just don’t have time or desire. But I keep them there for a rainy day.

2.) Does anyone you know in real life have a blog? Who?
Besides me? No. Well maybe. I’ve met Becky. She hasn’t updated in a while.

3.) What three sites do you visit every day?
Definitely Gmail (for personal and work)
my site (but sometimes skip a day or two)

I think I may turn down both job offers that I have right now. They are both in semi-regret. Money, I need more of. Time-hogs, I don’t. It is a balance. I will keep my ear to the ground, though, and will continue to try to be more thrifty. Frugal. Frank, on overtime, makes 4x my hourly salary. The smartest bet is for him to work overtime when possible.

Who says cats don’t have personality? As much as Fred is void of oodles of brain cells, he’s a sweet cat. Who loves boxes. And dog cages.

Click any for largerWho says the dog house is just for dogs? – Picasa Food. Box. I need nothing else – Picasa I was on time, everything on schedule. Kids out for the bus (early actually), my eggs in the pan, coffee brewing. The twins were already at the bus stop and the Squirrel Trapping Son had just walked out the door. As I waved to him through the window, he mouthed something to me. I couldn’t hear, I mouthed back. He shrugged, motioning for me to open the window, but it is cold and I didn’t want to let the cold air in. My eggs snapped and sizzled in the kitchen, bringing a little panic to the situation because momma don’t like crispy eggs. Since he was early out the door, I motioned for him to come back in and tell me his oh-so-important news. Then I went to the kitchen to check on the eggs. And waffles. I’ll admit. I subbed my (regular) toast today for waffles, which is probably the evil in it all.