Not long ago I mentioned my problematic bathroom towels. Naturally, I went searching for new towels shortly after – my family was in desperate need.

Because I hadn’t given much thought to towels in the first place, I didn’t want to over-think my purchase of towels. I had unsuccessfully looked at Walmart and decided against their offerings. The next stop was Kohls, in hopes the towels were on sale. And they were. I didn’t want to spend a fortune on towels, but I wasn’t against shopping above the rail. I wanted colors that complimented my bathroom. I wanted a soft, “thirsty” towel, like the advertisements were always boasting. I looked, touched, compared. Narrowed down my choices. Checked price tags and labels and finally settled on two different kinds. One of them was Casa Cristina (I liked the brown towels).

After putting the towels through the wash, (I did not use softener on the them, as the softener seems to make the towels less absorbent), I was ready to test out my purchase.

They were soft, alright. As a blanket, they would be perfect to curl up on the couch with. But they were not as absorbent as I would have liked. After numerous washes, they still feel like there is something synthetic about them, some sort of coating that makes them feel like polyester pajamas on a warm day, sliding over my skin, leaving a film of moisture behind. Not a big surprise, though. The most absorbent towels, I find, aren’t always the softest ones. They’re the ones that are washed and then dried out in under the hot the sun, dehydrated like beef jerky; those towels are some “thirsty” towels.

So, my search for towels continues.

I hate to be a gushy little girl about Gmail again, but I logged onto my account and it was like an early Christmas – Gmail now has themes!!!

It might not be a big deal to everyone, but I’m loving it. I’m a daily, Gmail user, who uses Gmail for personal use and for work. The new themes will be a fun way to add some spicy-ness to the different accounts, making them a bit easier to distinguish. Another score for Gmail.

Now if the Google team would just work on Picasa a bit more I’d be a happy camper.

(Note: Themes are currently only available to a portion of Gmail users. If you don’t see the option – hang tight – it’s coming.)

Not too long ago I was feeling Fall in full effect. I took a load of apples and set out to make apple crisp and applesauce. Neither with a recipe. I was sort of… “angry baking” you could call it. 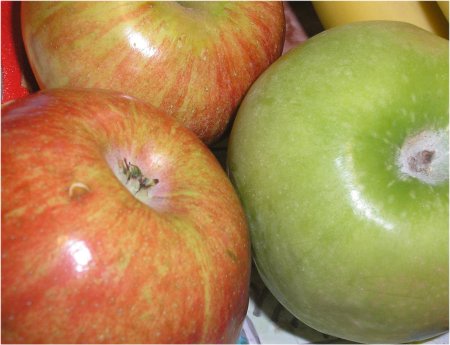 One turned out delicious (applesauce)… 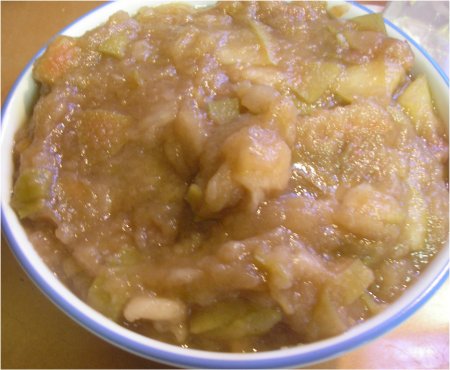 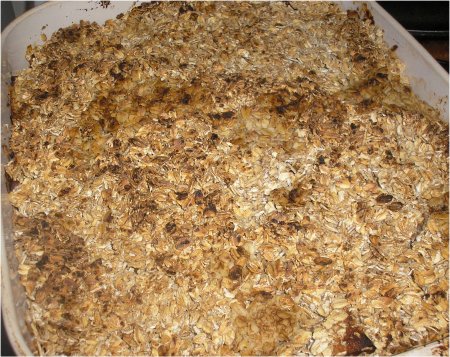 But my kitchen smelled lovely.

Applesauce is super easy. You wash and chop up the apples, add to heavy pot, add a smidgen of water (about 1 inch), put on stove bring to a boil; simmer for about 45 minutes or until apples are soft. Add cinnamon, sugar if desired. I prefer mine chunky so I don’t mash it much, but you can mash it, blend it, whatever consistency you like. I freeze some for later. Very good stuff and smells so very good while it is cooking up.

I’m not even going to talk about the crisp. Things don’t usually go uneaten around this house; that crisp managed to make it to the garbage after a short time. Angry baking doesn’t always work out.

I voted on my way to work today. There were no lines, there were no protesters. There was not a lot of noise. The heavens did not open up and a chorus of angels did not sing. I came and went in peace, with a couple salutations to familiar faces. I don’t even remember what number voter I was. I just know I was one in many. In a historic election.

I left feeling good, and glad the ballot had been cast. I prayed, for both candidates and for our country. And now I will just sit back and watch the news, as I have with the other elections.

Did you vote today?

With Election Day only one day away, Frank and I were trying to make a prediction. But we can’t. Neither one of us cares to wager. We both know who we’re voting for, though. I was thinking of going early in the morning (polls open at 7am), but then I also thought it would be good to take the kids with, if at all possible. We’ll see. My polling place used to be within walking distance, not anymore. They moved it to a different location that doesn’t have much for parking and you don’t really want to be caught there late at night.

As always, it is a relief to put the voting behind and move on, partly because of how saturated the media has become. Though I love all the skits on SNL, I detest the ads that are in constant rotation.

Just today I was at Target looking at the clothes and saw a cute sweatshirt with the word “HOPE” standing out in the design. Though it was not a political message at all, it will be quite some time before I see the words HOPE, CHANGE, YOU BETCHA, JOE or PLUMBER without rolling my eyes and gagging.