Francesco, the oldest twin, is our most enthusiastic tree-trimmer. Last year he assigned himself as the Star Hanger, and this year assumed the role as well. 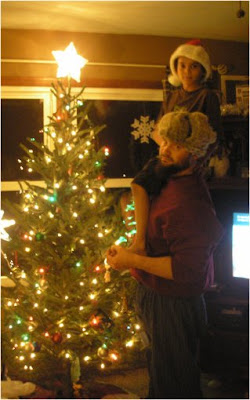 Last year we were going through a stressful time, this year, the same. It takes a bit more effort to muster up the energy to get our decorations out and trim the tree. So the kids took a larger role in doing so – which is wonderful!! In the past the tree has had a large cluster of ornaments kid’s-eye height, which I would rearrange after they went to bed. This year – I didn’t touch a thing. And there was no cluster.

I’ve been de-cluttering our Christmas decorations over the past few years, as well. So many were broken or useless that it was silly to pack and unpack them. Realizing I had done this, though, I thought I would replenish some this year. Goodwill was my biggest helper in that. I’ll post pictures of my finds in another post.

Here, he admires the star… 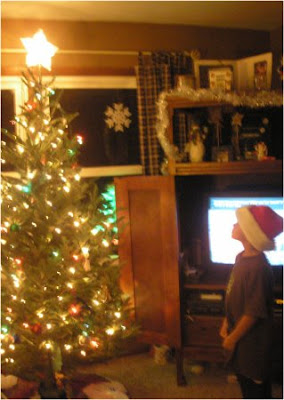 3 thoughts on “Hanging the Star”