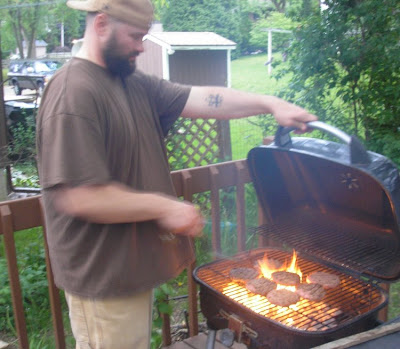 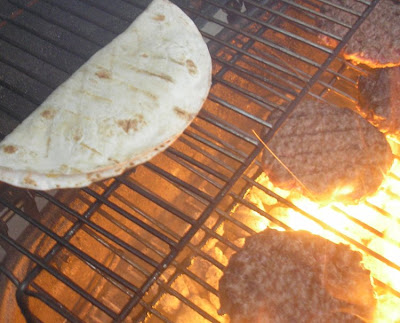 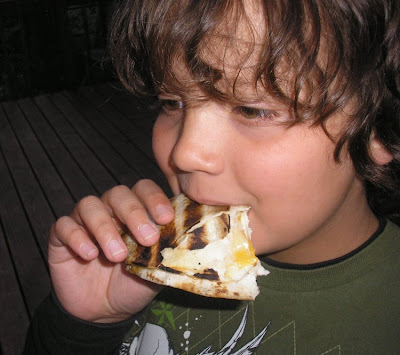 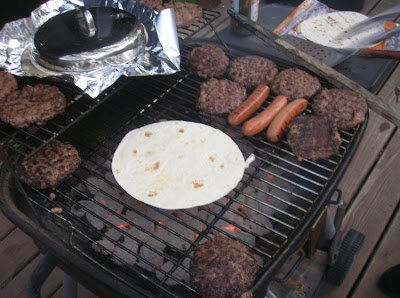 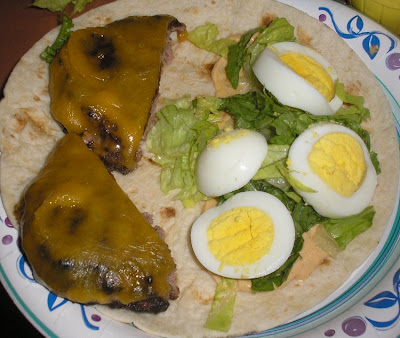 Yesterday, with the threat of a 70% chance for rain all day, we took it upon ourselves to grill out for dinner. I’m a bit impatient and impulsive, I’ll admit. But I had just received shipment of some J&D’s Baconnaise — Bacon Flavored Spread

and was itching to try it. I needed an excuse to grill since we didn’t on Memorial Day.

here and there, but had never actually tried it. I contemplated it, but wasn’t sure. Bacon+salt=? The more I thought about it, though, the more I started to come around. I mean, I like bacon and I like salt. Why wouldn’t that smoky, salty flavor add a little “umpfh” to the menu? So, I picked up a Bacon Salt Sampler

along with the Baconnaise

(it sounded good — and there’s no pork in it in case you’re wondering).

Back to my grilling… I wanted something to try the Baconnaise on, and burgers sounded like fair game. By this time, I’d already had the seasoning on eggs (the Peppered one is delicious), so I didn’t want to put it on the burgers. You simply CAN have too much bacon. Just the spread was on the menu this time.

End result: I liked the Baconnaise on the burger. Sal ate it, but after could literally not even LOOK at the bottle of the spread, as it made his tummy sick. No other children cared to try it — on anything. I’ll have to see if the taste wears thin in a short period of time, though. I think it would be a yummy dip for fries or wings, but you’d need to thin it down with something. It’s rather heavy.

I’m not counting this as a full-fledged “review” of the products since I haven’t had much time to play with them, though. So far, they are interesting. And the grilling was nice.

12 thoughts on “Grilling with Baconnaise”