My freezer was out of control, iced up, in dire need of a defrost. For months. Both Frank and I mentioned this to one another, but neither took action. When the days started to get warmer, the freezer began to take on a life of its own, swallowing the entire contents of the top shelf. It happened slowly. We had time. But we waited. Waited, and then the food was gone. 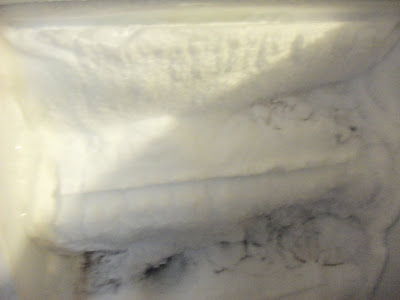 Once the top shelf was impervious, I knew the rest was soon to follow. My hint-dropping was not working. Planning meals became an even bigger challenge as your freezer was taking over part of the food supply. We couldn’t stock up and we couldn’t eat the stock. Yet, the inaction continued. 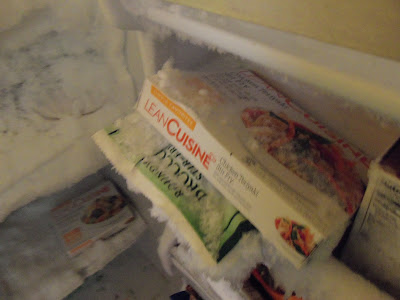 One day Frank was working an overtime, I was home. The kids were at school. I could no longer take it. I (took pictures) scooted the freezer to the drain hole in the center of our garage. I knew taking it out into the driveway might have been the quickest way, but I didn’t need the neighbors to witness the monstrosity that was our freezer. 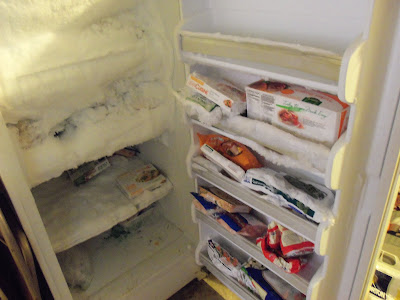 I put as much as I could into a cooler, threw even more out, and with a brick propped under one side to tilt it to the drain, I left it to thaw.

Every now and then I’d shave away at it, admiring the progress. Food I didn’t even know was in there began to surface through the melting mass on the top shelf. It was mostly unusable, though. My own fault. Not a good feeling to throw away packs of food; like ripping up a ten-dollar bill and tossing it into the stinky garbage bin. It was tossing food or inaction, and the inaction is what cost us in the first place.

Finally it was done. The freezer was empty. I scrubbed it out, hobbled it back into position, plugged it in and listened to the happy hum of a clean freezer. The food (and there wasn’t very much of it) went back in. 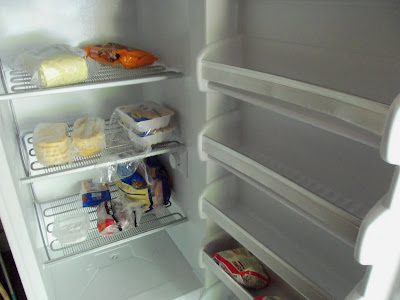 I feel much better. 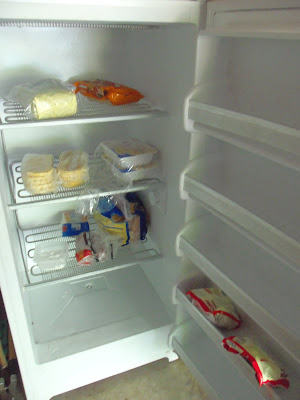 I have to say the simple act of cleaning out the freezer, checking an item of the “to do” list, made a difference in how I feel about the house. It helped me to refocus on planning meals and making dinners with what is on hand, not wasting as much, and not running to get take-out rather than face the shame of my freezer

I am afraid it won’t be long before the need to defrost comes around again. I’ll have to figure out why it keeps icing up.

10 thoughts on “Defrosting The Freezer”