This time, it worked.

Thick(er) than my first attempt, but not quite as thick as store-bought. I tried to keep the concoction warmer this time. When I removed some warmed milk to mix with the yogurt, and returned the mixture, I turned on the crock to HIGH for a bit, stirred, set the oven to WARM for about 10 minutes or so, and then removed the warm pot from the crock, wrapped it in a towel, placed in the oven (which I had turned off) with the light on, and left it to sleep all night long.

I dug in, and it didn’t feel like cold milk. 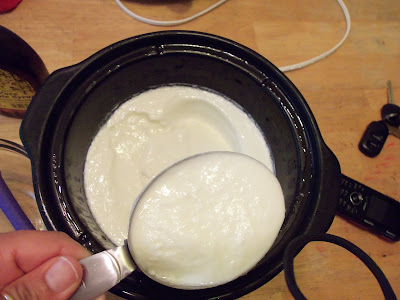 This recipe makes a LOT of yogurt. I’m not sure what part of me didn’t consider that. I suspect determination to make it overrode common sense. Thankfully, I had some glass jars in the ready, as well as a few plastic containers for individual servings.

Glass jar was first. I figured it would hold a couple of cups worth and decided to go for maple. 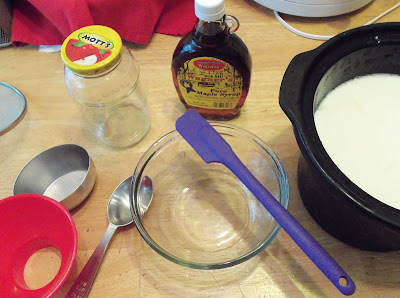 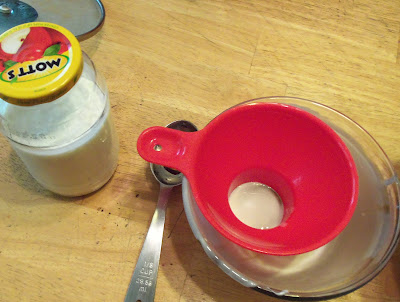 I used 1/8 cup of maple syrup to 2 cups yogurt. The jar actually ended up holding more. I noticed immediately that mixing causesthe yogurt to get very thin. 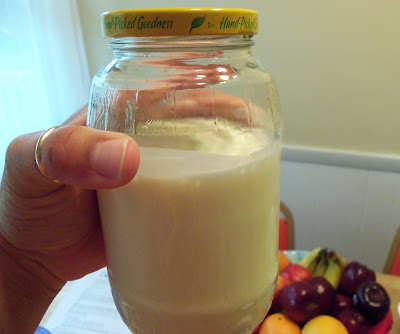 Next were the individual containers. How about honey this time, and not mixing, simply filling the containers and adding honey on top? I’m guessing those individual ones in the store are made with fruit first, then the yogurt because when you open them up you have to stir them. Maybe they’re on to something. 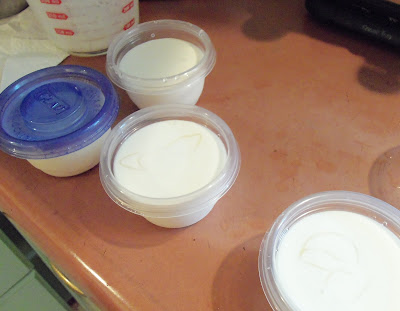 I ended up with quite a bit left, and kept that plain for… something? 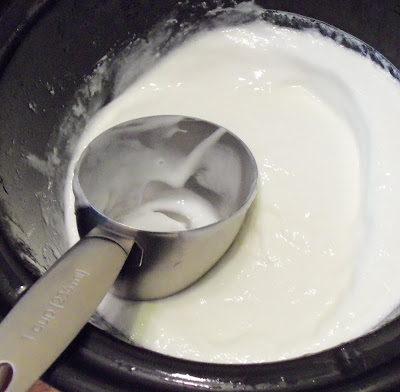 The yogurt untouched is quite firm, but it seems like anytime it is moved it instantly loses texture and becomes thin. I had a half-full container of store-bought yogurt in the fridge and tested that to see if the same thing would happen. It had a similar consistency, but was firmer, and held it’s firmness. With kids accustomed to that, I don’t know if I’ll be able to turn them on to this stuff.

They haven’t eaten a bite of it yet. Today I’m going to make up a batch of smoothies, though. I figure that’s a surefire way to get them to chow down on it.

Bottom Line: I’m not sure if I’d make habit of whipping up crockpot yogurt. Seems like a lot of work. But maybe that’s just because I had a trial, and error, a trial and then somewhat of a success. Not sure. Maybe it is because we don’t eat oodles of yogurt. If I could get the kids making smoothies, that might be the clincher for me. Another option would be make a smaller batch. We shall see.