I like to order things online. It’s so much easier to comparison shop, read reviews, place the order, and find it on your doorstep soon after. I know, I know, the mom and pop are suffering from the ability to order online (specifically Amazon), but it saves me time and money.

Like I said in the last post, I’ve been blending up my coffee with cream and coconut oil. I was drinking it without blending it, but blending it makes it much tastier. But using my stick blender is pretty time-intensive on a short morning before work, so I ordered this – IKEA Produkt Milk Frother

. It was less than $10 and eligible for Amazon Prime, and it had good reviews. And I didn’t have to leave the house to order it.

Low and behold, a few days later I came home from work to these two packages (one from Bath & Body Works, and one envelope). 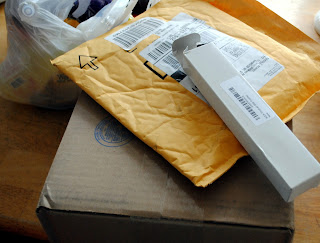 The frother was in the envelope, nestled inside the box. No instructions, no batteries, just a very light-feeling frother. 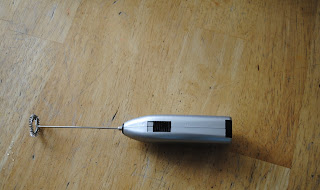 Much smaller than the stick blender I’ve been using. Don’t get me wrong, I love my stick blender. I first used one when making soap, but then got one for making food. Lovely appliance. But taking it out and cleaning it was too much for me. 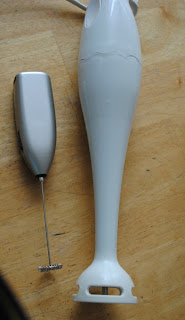 So, we had to put it to the test. Before blending (cream and coconut oil). 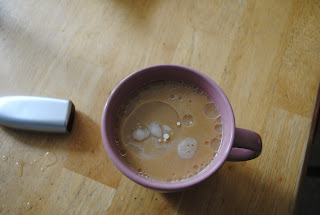 Here I am using the frother. It’s very quiet and feels like it is doing nothing. Sal took pictures for me while I frothed away. Much like the larger stick blender, it can make quite a mess, if you’re not careful. Using both of these blenders takes me back to my soapmaking days. Emulsifying the oils and the lye… 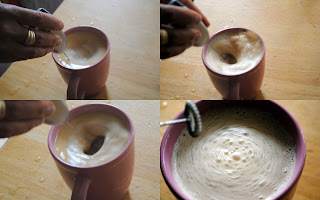 Here we are finished. 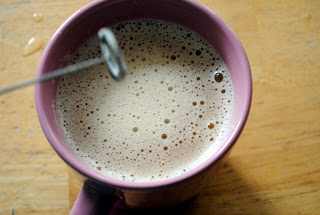 It’s not bad. Much more convenient than dragging out the stick blender, but also not as powerful. I definitely like to froth up even a simple cup of coffee and cream, or tea and cream. Blended, not stirred. It makes a difference.

All in all, I like my little frother. Was a worthwhile purchase. It certainly does the job, and I’m glad I ordered it. It’s been fun already making drinks for the kids.

Here was my Bath & Body Works delights. Mostly old scents that you can’t get in the stores, Sun Ripened Raspberry, Country Apple, but also a Coconut(something). They had free shipping plus a percent off, which made it a deal. And I didn’t have to leave the house or use my gas to get it. Yay me. 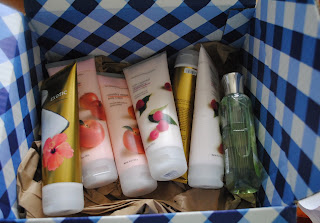