It’s been a while. I know. I keep thinking of things I want to write, investigate, get feedback on… and then life takes a bite, and swallows me whole and it is sink or swim. Facebook posts are quick, not posting anything is quicker yet.

But, as life busies, I feel my brain turning to mush, wondering how I ever was able to function in college, writing, studying, thinking? My goodness, I’m only 38 years old, I shouldn’t be feeling the decline of an aging mind. What I’m feeling is the stifling of a creative soul. The yearning for something different. For being busy with creativity, wellness, inspiration. Rather than the drone of a hamster-wheel, day blending into day, excitement extracted only from a crisis, a blip on the chaotic norm.

Nevermind that, we’re going on a roadtrip. Out east, as far as our over-sized van can take us. Illinois, Indiana, Ohio, Pennsylvania, New York… off we go. Me saving money, me mapping the finances, me planning the trip, me reserving hotels (and contemplating a night’s sleep in the van)… it is working my brains and my nerves. And we leave soon. How soon I shall not say, as I’d rather not have my home burglarized (mwahahaha). Advice would be happily taken. Free, frugal stops – adored.

UPDATES ON PAST CONVERSATIONS:

Homemade Deodorant? Still using it!!! Haven’t looked back. Pits are healthy are less smelly than when I wore regular deodorant. Yay. Mine’s a version of the common one thrown out there (cornstarch, coconut oil, baking soda). Less of the baking soda, some essential oils, and voila. Good stuff.

Homemade Laundry Detergent Challenge? Verdict still out. Two batches and numerous loads later, I was not entirely unconvinced. However, once our water softener broke down, it was impossible to use. We have really (REALLY) hard water. It is a shame.

Pumpkin Bread and Pumpkin Puree? Fabulous. Just fabulous. And you can freeze those loaves for future snacking. They freeze just dandy. I wrapped in foil, then put in a freezer bag, brought it out a month (or two) later and the kids were all, Yay, pumpkin bread — when did you make this? and I’m all – Twahahahha, you know your momma takes care of you, hel-lo? and not feeling too guilty about defrosting pumpkin bread. I mean, I did make it. Just not recently. 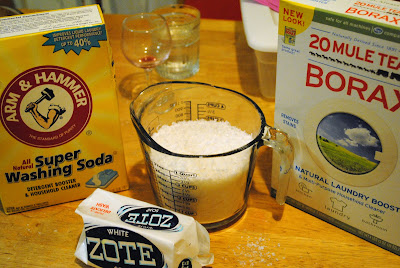 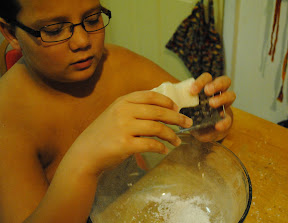 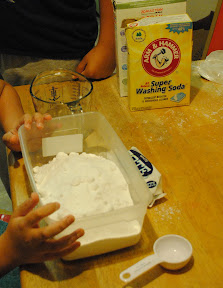 Day 8 of Nabloplomonoinon-whatever it is.

I’m enjoying the challenge (and reminder) to blog daily. But it is a chore, only because of my scatterbrained lifestyle.

Today I accomplished a lot, while seemingly accomplishing nothing. I don’t know how that works out, but I just know it makes sense to me. Although I did do load after load of laundry. I used my Tide Coldwater detergent. Have you used that? I wasn’t sure if it was all hype, or worth the extra money (less loads in same size bottle), but I felt compelled to give it a try. A girlfriend of mine uses it pretty much exclusively. I noticed that after going to her house a few times and only seeing 1 bottle of detergent: Tide Coldwater. I didn’t say anything to her about it. In fact, I felt like a weird-o snooping around her laundry room. Instead of asking, I just noted it in my head. And then told myself that I was trying it.

I read up on it one day, spending way too much time googling, and far less doing. Story of my life. Finally, though, I threw a load in. It seems to work just fine. I have no complaints and don’t notice a difference between my warm-water washing, and my washing with the TCW in cool/cold or cold/cold. I don’t wash the towels or underwear in it, though. Something about coldwashing those items doesn’t seem… right to me. I didn’t use it for my whites, either, because those I do wash in hotter water.

I really shouldn’t have such a wacky system for doing laundry, mirroring the same indecisiveness as other areas in my life. But I take my laundry seriously and have particular ways of doing it. I can get into that another time, though. Today I got to talking about the TCW – or is it CWT? Who knows. Or cares. If you’ve been to a store, you probably know what I’m talking about, and since I’m tired, we’ll just leave things as they are.

So today I washed some darks in some TCW and hung them out to dry. Beautiful, 60-degree Wisconsin weather in November. I couldn’t ask for much more, save for a bit more wind to dry my stuff faster. But I won’t complain. I did loads of blankets. Having the windows closed for a while now makes everything feel stuffy. I wish I could take all fabric items from my house, put them in a humongous washing contraption and hang them all out to dry, carpets included.

Line-hanging brings the freshness of outdoors in; I really do love it. My TCW-washed clothes and blankets smell and look fresh and clean. Bottom line, though, I don’t think I’ll be making TCW one of my staples. The jury is still out, since I haven’t really given coldwashing much of a try prior to picking up the TCW. Stay tuned.